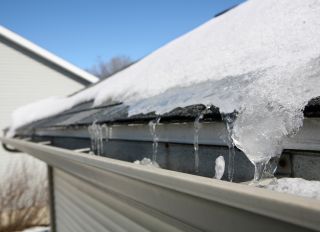 It’s will be the snowy season very soon and the dusting of white will make many of our homes look like they came straight off from a Christmas card . While it makes for a pretty scene, the reality is that under all that snow could be a potential danger to your home in the form of an ice dam. The more you know about what an ice dam is, how to prevent them, and how to remove them, you can avoid the damage that ice dams can cause.

What is an Ice Dam?

Ice dams are just what you might guess them to be: a dam made of ice. They form on your roof when melted snow can’t freely escape the roof of your home and it freezes. It can get stuck in gutters, valleys, flat spots and other spots on the roof of your home. A repeating freeze/thaw cycle can make the ice dam even bigger. The process can repeat itself time and time again, as long as the homeowner doesn’t notice and take action. Eventually the water can find its way into your home, or the size and weight of the ice can cause your roof to collapse. While it may not be obvious, the damage caused by an ice dam can be significant.

With some preparation and consistency, you can prevent ice dams from forming and avoiding the damage they can cause.

It’s much easier to prevent ice dams, than it is to remove them once they’ve formed. But if one does appear, it should be removed as soon as possible to prevent any damage to your roof, ceiling, or walls. The following are a few steps that you might try to remove an ice dam:

Most homeowners insurance policies will cover damage caused by ice dams. You may want to check your coverage, but most will pay to repair water, structural and cosmetic damage. The policy may even help pay to remove the ice dam, but that is not always the case.

If there is an ice dam on the roof that hasn’t yet caused damage, you’ll have to remove it or pay to have it removed yourself, as that is considered standard maintenance and the responsibility of the homeowner.

When winter comes, we know the obvious household hazards are slips and the occasional falling icicle. Ice dams aren’t as obvious, and can even be hidden by snow cover. With some preventative maintenance, regular roof checks, and consistently removing snow before it builds up, you can prevent ice dams and the damage they cause. 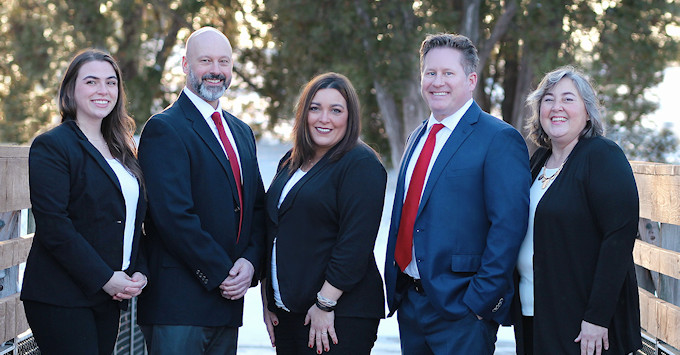