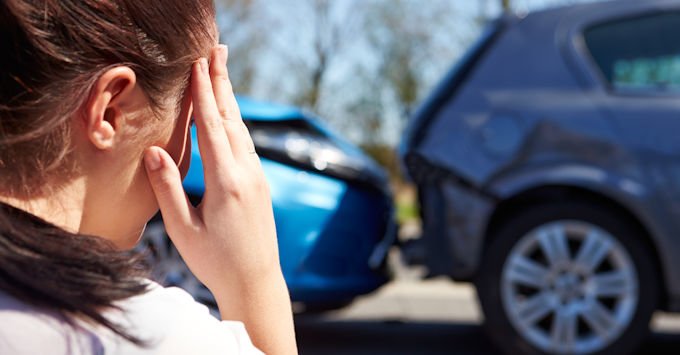 How close are you to that vehicle in front of you as you drive down the road? Would you have enough time to slow down if the other vehicle suddenly braked? Your answers depend on many factors.

You may have learned in drivers’ education class to allow for one car length between you and another vehicle for every ten miles of speed you are traveling. This is great advice for private passenger vehicles and light trucks, but it can be difficult to calculate.

Have a Question? Give Us a Call!

Commercial vehicles like large trucks take longer to stop and should have an even farther following distance. If you’re driving a larger vehicle and your speed is less than 40 mph, the rule of seconds suggests that you allow at least one second for each 10 feet of your vehicle length. For speeds of more than 40 mph, add another second to the total time.

Likewise, the next time you pass a large truck and get in front of it, ask yourself if you’re giving the trucker enough space to stop in an emergency. You may still be able to stop suddenly, but will the trucker be able to stop before he or she strikes the back of your vehicle? If you’ve encroached in their following distance, the odds may not be in your favor.

The suggested distances apply during favorable weather and road conditions. Driving through rain, fog, heavy traffic, or on poor pavement will require even more time to stop in an emergency.

Tailgating can be seen as aggressive behavior by other drivers and can lead to road rage incidents. Saving a few seconds during your trip isn’t worth increasing your chances of being involved in a collision. Even a minor fender-bender will be an inconvenience to all of the parties involved, and the repairs could be expensive and time-consuming. An incident involving a fatality is life-altering to many people, including loved ones. Being late to an appointment beats not making it there at all. If someone is tailgating you, focus on maintaining your proper speed so you remain in control of your vehicle. Driving is a privilege, not a right.

This bulletin was designed by SECURA Insurance to inform you of important safety measures that can prevent injuries and save you considerable business expense.

Contact Reis Today!
Get a Quote!
Refer a Friend!

Thanks for the Reviews!

We moved to Green Bay 3+ years ago but maintained our insurance relationship with Reis......Very helpful on recent renewal effort. Strongly recommend this agency!

Chelsea L.
16:24 12 Oct 19
Great people great service always there when you need them

Timothy H.
03:47 21 Sep 19
Warren & his team are awesome. They have gone above and beyond when I needed them after a tornado ripped through my home and property. Highly recommend to anyone in need of Homeowners and/or Auto insurance.

Tom F.
12:11 20 Aug 19
Warren and his associates are awesome. When I have needed them, they have gone over and above the call of duty to make sure I was taken care of. Highly recommend Reis to anyone in need Homeowners and/or Auto insurance.

Erik K.
02:08 28 Jul 19
I have been working with Warren and Reis Insurance for better part of the last decade. Warren handles all of my personal and commercial coverage. He always works hard to ensure that I am getting the best coverage at the best rates! Reis insurance has always been very attentive to my needs with fast response and dedication to my best interest!! Thank you Warren and Reis Insurance Crew!!

Joseph M.
20:56 28 May 19
Great rates and service!!! Warren is knowledgeable, experienced and responsive to inquiries. Jenny is warm and welcoming with a terrific personality. I highly recommend Reis Insurance Agency.

Mike R.
22:34 07 Oct 17
My family has had insurance with Reis Agency for many, many years. We’ve had nothing but great experience with what we’ve signed up with them. Great rates, good coverage and many different options were what we were looking for when we started looking 18 years ago. I can’t say enough good things good this company. I’ve recommended them to friends and family throughout the years.

Mike R.
13:27 31 Mar 17
Been with them a long time, they are always willing to do the best for the customer in finding the best coverage, and pricing.

Joe H.
02:05 19 Mar 17
Came to Reis Insurance Agency for a quote, after using another insurer for auto and home for more than 40 years. Reis Agency was able to provide an Auto/Home policy, with the same coverage, that saved me more than $1,000.00 annually. Very pleased with their services!